This Article is all about Mediation in construction disputes as a means to resolving these disputes.

Mediation is a form of alternative dispute resolution whereby a third party person, the mediator is appointed by both parties to the dispute to help the parties reach an agreement.

The mediator cannot be appointed by just one party, all parties to the contract must agree to the appointment.

In the construction industry, disputes are very much the norm rather than the exception. In fact nearly all construction contracts have some form of built in mechanisms to deal with disputes regarding issues with time, costs and quality. Examples would be clauses relating to payment, delays and so forth.

When a dispute over an event or issue cannot be solved satisfactorily within the contract then either or both parties can attempt to solve the dispute through several forms of dispute resolution. The cheapest and fastest form of dispute resolution is of course negotiation. The slowest and most expensive is the courts process or litigation.

In between these extremes are Adjudication and Arbitration which are essentially different formats of the same idea — submitting your dispute to an independent third party for decision. Its essentially like the old story of the two mothers referring a parental dispute over a baby to King Solomon.

Now there are other forms of dispute resolution floating around which are not negotiation between the two parties but are not inviting a third party to decide the issue. These include mediation and conciliation.

All of these processes (mediation and conciliation) are completely non binding. 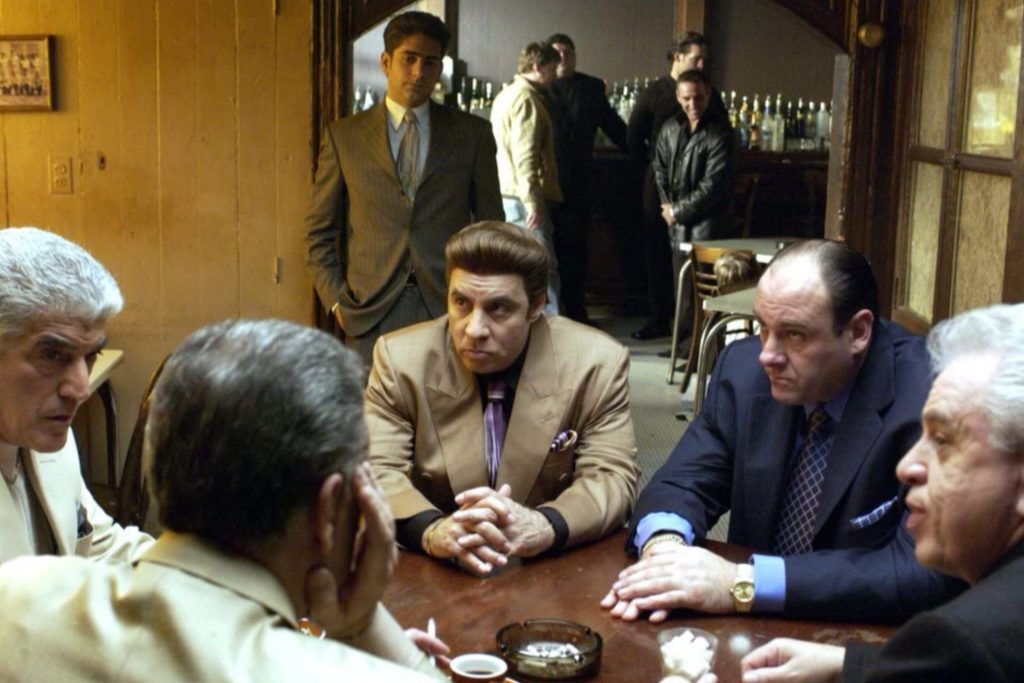 The Sopranos and mediation

I had a thought that the best way to explain mediation is to use the television program ‘The Sopranos’. In the several seasons of this show there are countless examples of mediation where one respected gangster will sit down with two warring gangsters and help both parties come to an agreement. A perfect example is when Johnny Sacks, the boss of one of the New York five families invites Tony Soprano and Phil Leotardo to sit down and mediate their issues. They meet in a neutral venue and Johnny attempts to get both parties to agree. It doesn’t end well when Tony ends up telling everyone to F off and storms out. The classic line is “You know what? I’ll give you ‘undignified’. Go fuck yourself, you, Phil, and whoever. He’s my fuckin’ cousin.”

Mediation only costs whatever the cost of the mediator is.

No one else apart from the parties and the mediator need to know about the mediation and its outcome.

All parties could attend the mediator in short and t-shirts if they want. It will not affect the process.

A mediation can be started or ended at any time making it a helpful option if standard negotiation fail.

Does not destroy the business relationship

A mediation can be stopped at any time once one party states they no longer wish to participate.

Is more expensive than negotiation

Negotiation is free whereas mediation involves the introduction of a fee taking third party.

During a mediation the information exchanged might lead to a loss of leverage from one party to another. For example, one party might let slip they feel their case is not as strong as they would like and that it would fail in court. This could lead to the other party adopting a harder negotiating stance.

Is there a standard form of mediation ?

There is no legalisation that governs mediation. Mediation is an age old process. The scene in the Sopranos I described above is no different to what happened in King Solomon’s day (the King cannot determine every dispute after all). Its all about getting several parties together who cannot come to an agreement and trying to hash out an agreement. And the mediators role is not to play judge but to try and help the parties come to an agreement that benefits all.

Mediation is quite like traditional Hindu yoga. There are several types of mediation and it continuously branches out as mediators offer increasingly bespoke services.

We are going to look at Facilitative mediation as this is the type most commonly used in construction and its processes are familiar to most.

This process is simply hiring an independent third party to gently help both parties come to an agreement.

The mediator manages the whole process from start to finish.

When the parties come to a deadlock the mediator attempts to get them past this impasse by fostering a collaborative approach e.g. ‘what do you think is a way that we can agree this issue’.

The mediator focuses both parties on everything they do agree on and their shared interests. This approach often highlights that their issues are minor compared to the bigger picture.

By focusing on common ground between the parties the mediator hopes to show that both parties are better off coming to an agreement.

The mediator can also point out that if the parties do not agree then the alternative options of litigation, arbitration, adjudication and so on are a lot more costly and time consuming.

Conciliation is now essentially being disappeared and it is being referred to as Evaluative mediation.