We are a website about construction and therefore are only concentrating on the case from a construction point of view. We take a look at how Clients and contractors need to be responsible for who they invite into their building sites to work. 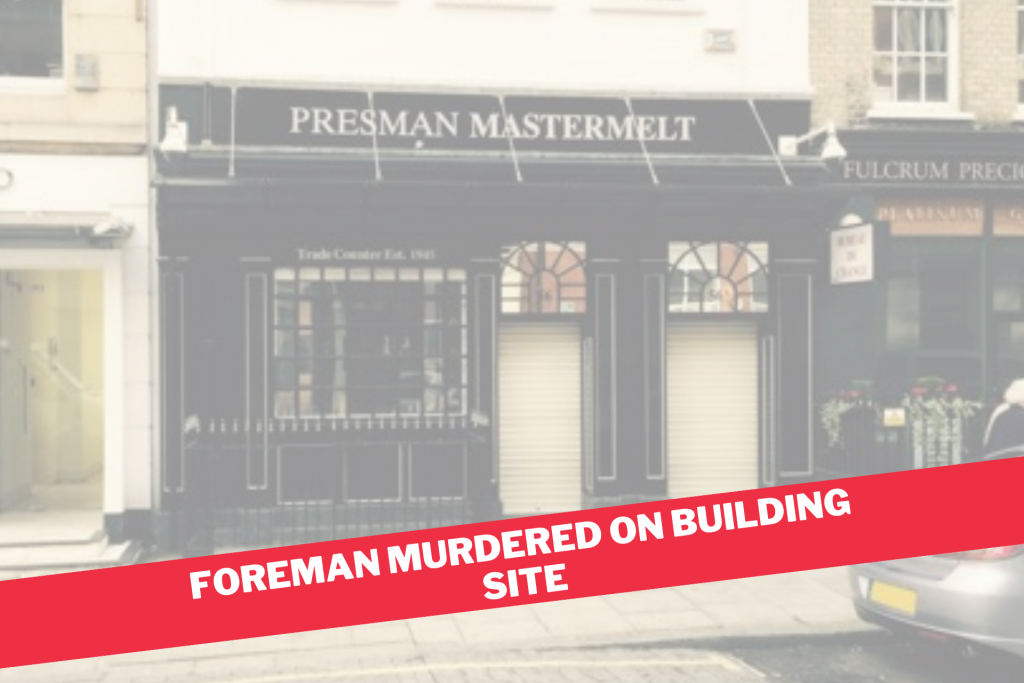 In 2018, a forty seven year old construction foreman named John Woodward was murdered on the construction site he worked at.

While it was first thought the foreman had fallen from a height, CCTV later showed the foreman been hit by a metal pole.

A twenty four year old Albanian national named Elton Sefa was found guilty of his murder at the old bailey, London (The Central Criminal Court of England and Wales).

It later turned out that the labourer was working using fake details and did not have the right to work in the UK.

Why is this a construction nightmare?

We included this as a construction nightmare because put yourself in the shoes of the Client. Imagine hiring a builder and they commence the works.

Then all of a sudden you get a call that the site has been shut down by the Health and Safety Executive because a worker has died on site.

And then slowly it gets worse with the news it was actually a murder.

The site itself would be shut for weeks at least as Police and health and safety executives comb over the property and CCTV.

If health and safety failings are found then the Client may find themselves facing civil lawsuits.

How can a Client protect themselves from incidents onsite ?

All Clients can protect themselves from lawsuits and criminal action by outsourcing all of the health and safety risk onto the contractor.

However, the Client still has a responsibility to ensure that the contractor is taking care of health and safety.

Too often do Clients visit site to check progress and ignore blatant warning signs that the contractor is ignoring basic health and safety rules.

In this case, the foreman was killed due to some internal argument. It was not a health and safety incident.

But there is also a moral responsibility on the Client to ensure that workers onsite are treated well. We are not saying that this is the case here but it is quite common for UK construction sites to be filled with immigrant workers who lack work visas, working english and any knowledge of health and safety. They are treated poorly, paid low wages and usually accommodated with a dozen other workers in hostel type conditions.

If a Client is onsite, it is right for them to ensure that the workers on their site are treated well. It only takes a moment to stop and chat to a worker to get a general idea of their physical well being.

Should a Client happily turn a blind eye to poorly treated workers onsite because of their low cost then they must bear some responsibility for bad actions.

Needless to say, builders and contractors need to ensure that they have the best people working on their sites and that all people working for them are actually who they say they are.