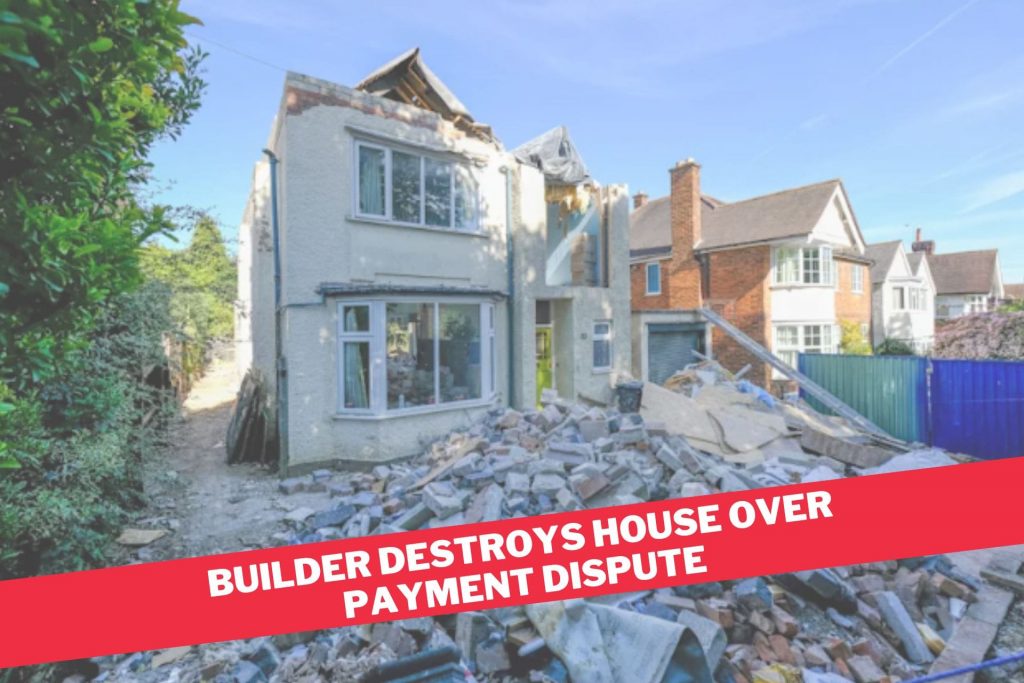 In this construction nightmare a man hired a builder to refurbish the £540,000 house he had just bought.

He wanted a new two storey extension like a lot of people with growing families.

He refused to pay an additional £3,500 and so the builder destroyed his house while he was away on holiday.

The Client was having a dispute over the quality of the works and also over payment but did not expect the builder to lash out like this.

The house in the Stoneygate region of Leicester was badly damaged by the builder who removed materials from the house before damaging the property extensively.

The public pavement outside of the house was also damaged so that will have to be paid for.

The builder in question will no doubt go out of business and walk away.

Hopefully the client has home insurance and perhaps can claim off the builders insurance.