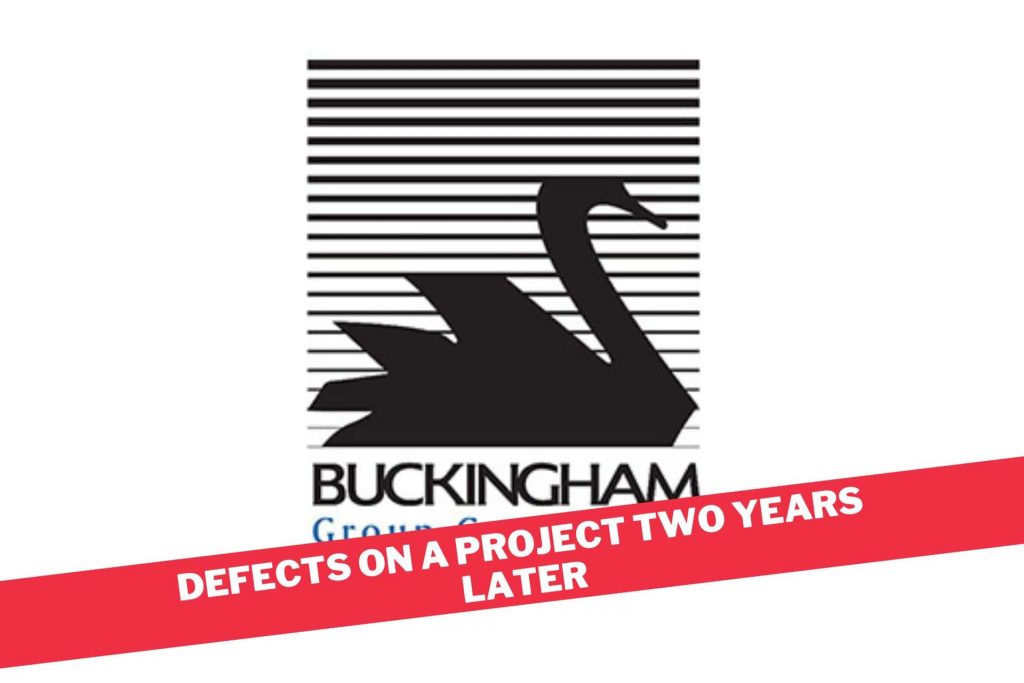 A battle between corporate giants does not really interest us.

This is important to us because it gives a great example of ‘what if your builder completes the works but there are defects down the line’.

In this case, in 2012 Associated Newspapers contracted Buckingham Group to construct their main printworks.  All seemed to proceed without major incident. However,  in 2015, some defects were sighted in the external cladding close to where the mains gas supply entered the building.

After investigation, it was found that the concrete slab in that area had sunk approximately 100mm. In 2017, there was a further issue with an underground sprinkler pipe which leaked causing a mini flood in the yard.

In both cases, Buckingham Group investigated the issue and carried out remedial works to repair the damage.

Associated Newspapers is suing Buckingham Group alleging that it failed to:

Associated Newspapers is seeking costs for fixing and repairing the current issues and also for a complete remedial works package which is estimated to cost over ten million pounds.

Buckingham Group is arguing that while some settlement has occurred, further settlement is unlike to start and will be minimal.

To be perfectly honest, this sounds like a classic case of ‘this issue should be sorted out through alternative dispute resolution’. If this case proceeds through the courts it is going to clog up the legal system and the lawyers on both sides will make an absolute fortune. There are plenty of ADR methods that could resolve this dispute without legal action.

Why is this a construction horror story ?

We are not really interested in the specifics of this case. Buckingham group and Associated Newspapers are both major organisations and will be able to weather any financial impact resulting from these defects and court proceedings. It looks like it will be a total nightmare for the Client and the contractor and it will be left to their respective lawyers to duke it out in the courts system.

Good luck to both of them!

But what can we learn from this case that we can apply to local, smaller projects?

Let’s think of this case on a smaller scale. Imagine a home owner hiring a builder to carry out an extension in 2015. The builder successfully finishes the extension and the Client is happy, pays the full amount including the retention and life goes on. Then, two years later in 2017, the extension has large cracks up the gable wall and the yard floods.

The Client calls up his builder who comes to the house. The builder is not sure what the issue is so they jointly agree to hire an independent structural engineer. The engineer digs some trial holes and confirms the slab has moved causing the cracks and a burst pipe. The engineer recommends complete underpinning of the slab.

What does the Client do in this case? They have an extension that has major issues. They cannot sell their house like this. They cannot live in the house long-term until the issue is fixed. If the Client has limited funds then there is little realistic action of succeeding in the courts system.

In short, it is a total nightmare.

There are several ways to prevent this scenario from occurring. But you have to get the right advice upon setting up the project. If you don’t have a competent team around you then you are increasing your chance of failure in the short-term or like this, long-term.